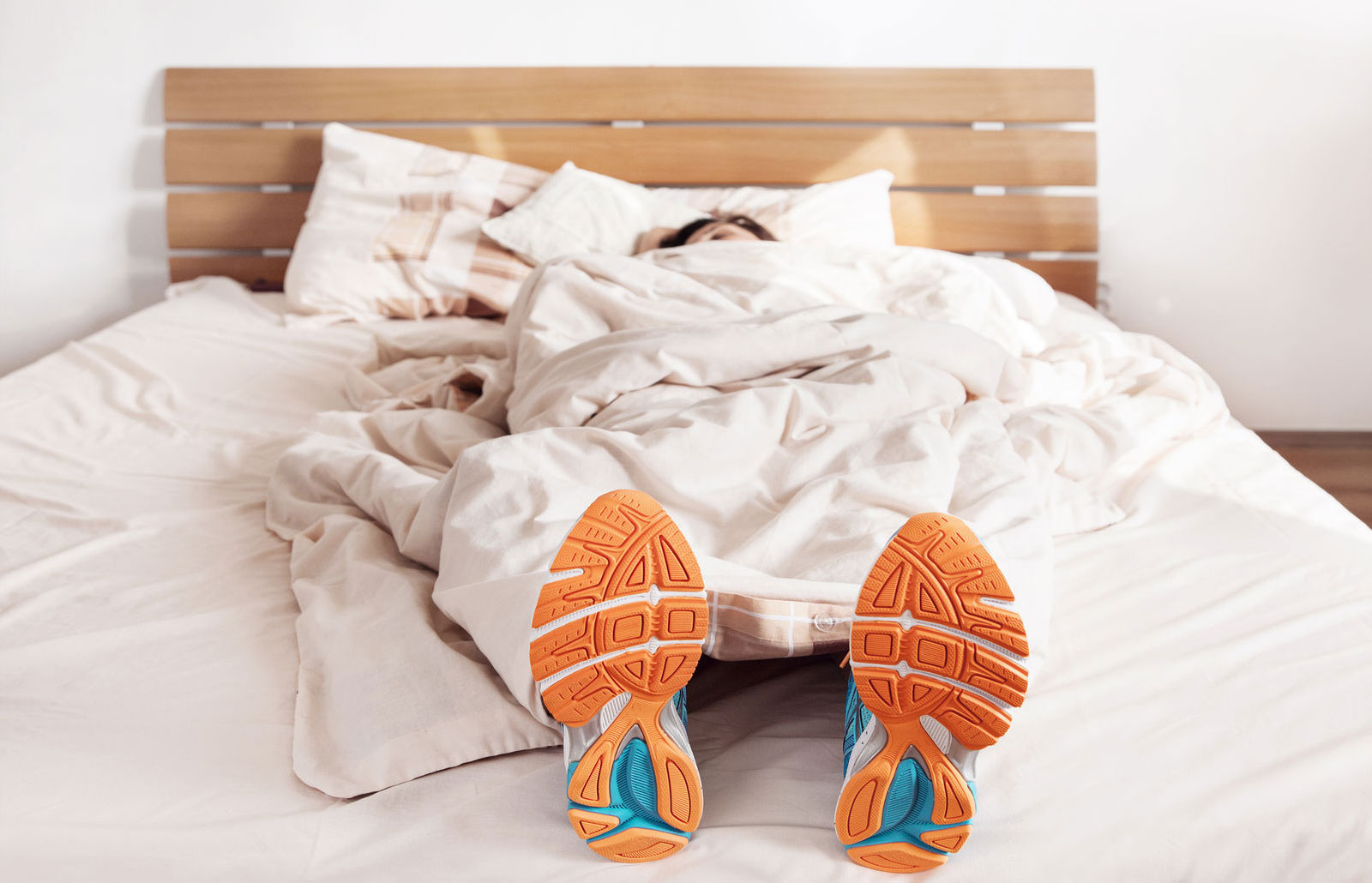 Have you ever thought about the importance of sleep in your life and how lack of it affects you? I’m pretty sure this article will make you raise your eyebrow. Especially because it’s coming from an athlete and the sports industry is all about grinding and NO EXCUSES. Everywhere you look, there are articles, quotes, tweets about how successful people never sleep that much. Even Arnold Schwarzenegger said in one interview that “to be more successful you need to learn to sleep faster”.

The idea that to be successful, to be a lion, you need to sleep 4 hours so that you can grind the other 20 hours of the day. Although you are not a lion, because you walk on 2 legs and wipe your behind after eliminating your waste. Also lions sleep on average 18-20 hours per day by the way. Everywhere you look, the same idea is being sold to you through any type of media tool, not only for athletes but for normal people as well.

Nowadays, everyone has to be a superwoman or a superman in order to be socially respected. Those that pay attention to their rest and recovery are usually called lazy. If you’re one of these superhumans, how’s your concentration level at any point during the day? If you are an athlete, how’s you’re recovery from your sports activity? Have you monitored your overall fatigue level? Is that grind that you talk about so much pushing your limits all the time? Or is it simply making you walk like a zombie, fatigued and with lack of energy. This for the simple purpose of proving that you can “make it” (read not dying) with 4 hours of sleep per night? In other words, does it make you stronger or weaker?

Whether you are an athlete, a fitness enthusiast or just a normal person, sleep deprivation can and will have a big impact on your basic metabolism, immune and endocrine systems. These systems are extremely important for the recovery process that every human needs in order to survive. They also play a huge role in performance and when we deprive ourselves of sleep we are depriving ourselves of recovery.

Not getting enough of it will slow glucose metabolism by as much as 30-40%. In one study done by Eve Van Cauter (PhD from the University of Chicago Medical School) it is shown how as little as 6 nights of sleeping 4 hours per night the subjects tested showed inefficiency in metabolized glucose. Levels of cortisol (a stress hormone) were also higher and they were also linked to memory impairment, insulin resistance and impaired recovery. After only one week of sleep deprivation (4 hours of sleep per night), young, healthy males had glucose levels that were no longer normal and showed a rapid deterioration of the body’s functions.

So what does this mean for athletes or active fitness enthusiasts?

Those who are sleep deprived may experience slower storage of glycogen(one of the main sources of energy). This prevents storage of the fuel an athlete needs. This lack of glycogen can be linked also to sugar cravings, can give you a short burst of energy.

High levels of cortisol will affect tissue repair and growth since human growth hormone (which is active during tissue repair) levels will also go down. Over longer periods of time, this will lead to fatigue, overtraining and eventually injury.

Researchers (Sinnerton and Reilly,1992) found that there was a decline in psychomotor function after just one night of sleep loss. Participants had increases in depression, tension, confusion, fatigue and anger, and decreases in vigour. Individuals also reported increases in body discomfort which began after the second night of sleep loss. Throughout the 12 nights of sleep loss, individuals reported suffering from body pain, back pain and stomach pain. From this study, the results show us that insufficient sleep may result in the amplification of pain.

To wrap it up: SLEEP IS IMPORTANT. The absence of sleep quality and quantity have shown to directly impact performance (mental and physical) and recovery.

Now that you know what lack of sleep can do, let’s dive into the benefits that a proper nights rest brings to the table.

From the psychological standpoint, sleep has shown to improve reaction times. This benefits you as an athlete by increasing your accuracy when shooting a basket or contracting the right muscles when executing a clean and jerk. As a normal person, it will make you break in time and avoid being hit by a bus when biking to work. It is quite impactful on our ability to learn new tasks that require both motor coordination and performance.

Our focus, attention and vigilance take a back seat when we are sleep deprived. This makes it more difficult for us to receive and apply new and existing information. Another psychological benefit of sleep is of course motivation, which is highly needed if you want to perform physically and mentally at the top of your game.

The physiological benefits of sleep are related mostly to hormone release. The quality of your sleep is just as important, if not more, than the length of your sleep. There are multiple stages to sleep. Stage 1 highlights the start of the sleep cycle where one is still consciously aware of any environmental change. The beginning of the actual sleep cycle occurs in stage 2, which lasts between 10 and 20 minutes. The deepest phases of sleep occur for about 30-40 minutes at stages 3 and 4 followed by a period of active sleep called REM (Rapid Eye Movement). Stages 3 and 4 are integral to athlete development as this is where Growth Hormone is released and cortisol is regulated.

Growth hormone (HGH), is an important part of the body’s endocrine system. It is essential for muscle repair, muscle building, bone growth and promoting the oxidization of fats (burning fat). Together with melatonin (which is stimulated by darkness and subsequently released from the pineal gland during the night) acts as an antioxidant. Melatonin activates other proinflammatory enzymes to neutralize oxidative radicals which harm cells and promote tissue inflammation.

Immune function is also modulated through melatonin through both nervous and endocrine systems. Melatonin regulates circadian rhythms as well, in response to light and dark cycles with low and high levels of secretion, respectively.

Cortisol, also known as the stress hormone is regulated in deep sleep. Cortisol levels directly impact the body’s ability to digest glucose. Since your energy levels are based on our body’s ability to metabolize and synthesize glucose for later use, quality of sleep becomes even more important if you are an active person, not to mention an athlete.


As an athlete myself and as a personal trainer, I had to learn ways to optimize my sleep habits as well as the habits of my clients.

First, the most optimal sleep time is anywhere between 7 and 9 hours per night, depending on each person. An athlete, for example, will require a greater volume of rest for sufficient recovery to occur. To facilitate these adequate resting hours, it is important to establish routines where sleeping and waking times are consistent, stimulating the quality of sleep. Improving sleep quality reduces latency and enhances transition through the sleep stages, promoting volume of REM sleep and therefore optimizing recovery.

Here are some tips:

Tip #1 Avoid blue light in the evening. When the sun goes down, your body will naturally start releasing melatonin to help you get heavy-eyed. Bright lights, specifically blue light (from TV and computer screens), can disrupt that process, leaving you wide awake.

Tip #2 Eat before going to bed. Just ask yourself a question. How many times have you woke up in the middle of the night, scavenging the fridge like a hungry wolf?

Tip #3 Have a bedtime routine. A consistent bedtime routine can act as a cue to your body and mind to start getting sleepy. For example: brush your teeth, drink a tea, and read a book.

Tip #4 Keep the bedroom temperature chilly. Your core body temperature decreases just a bit as you get deeper and deeper into sleep. Research has shown that the optimal room temperature for a good night’s rest is a surprisingly chilly 20 degrees Celsius.

Tip #5 Make sure everything is pitch black in your bedroom. Even if your eyes are closed, your skin gets in contact with light. Melatonin release is subject to light and dark sensitivity. Its transmission is promoted within a dark environment which is important because of its sleep-promoting effects.

Tip #7 Never hit the snooze button. Remember when you hit snooze and drift back to sleep? Rather than returning to the lighter sleep stage you were just in (in which your body may have already been preparing to wake up), you may begin a new cycle altogether. Then, when the alarm goes off the second time. It’ll likely catch you in a deeper stage of sleep. This will leave you feeling grumpy and looking for a hammer to smash your alarm clock. To help rid yourself of this habit. Try placing your alarm in a place where you’ll have to physically get out of bed to turn it off.

Tip #8 Expose yourself to bright light as soon as you wake up. Research suggests that morning exposure to bright light not only helps wake you up but can also help you get to sleep later that night. Early morning light may even help regulate your metabolism.

Tip #9 Prepare yourself a great breakfast. Maybe it’s just me, but there is something about knowing I am going to eat a good healthy breakfast, that makes me want to get out of bed faster.

Insider tips & articles in your inbox

Are you ready to build the best version of yourself?